The Gong Tormented Sea, the Norman Kingdom of Sicily and the Byzantine Empire

Patrick Tobin (OP 1960) who taught History at St Benedict’s from 1963 to 1971 has completed a book which he started whilst he was teaching at the school; it will be published on 20th May 2020 by the Escourt Press, Winchester.

It is very much a St Benedict’s Project. Professor Christopher Mulvey (OP 1960) has provided invaluable help towards publication and Edward Fennell (OP 1968), a pupil of Patrick’s in the 1960s, has also participated actively. There will be many other Old Priorians with memories of Patrick’s teaching who might now be interested in this outcome. 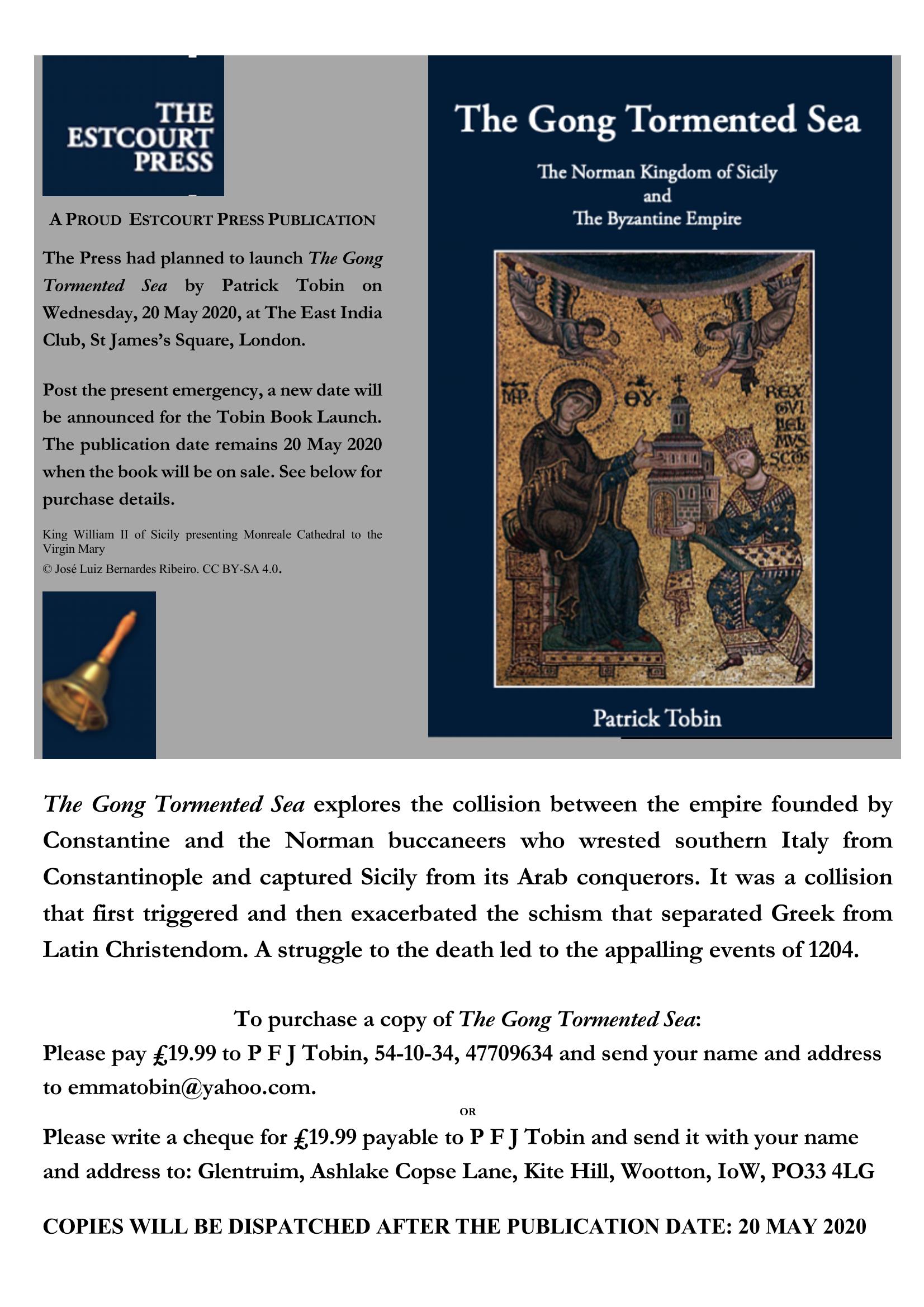